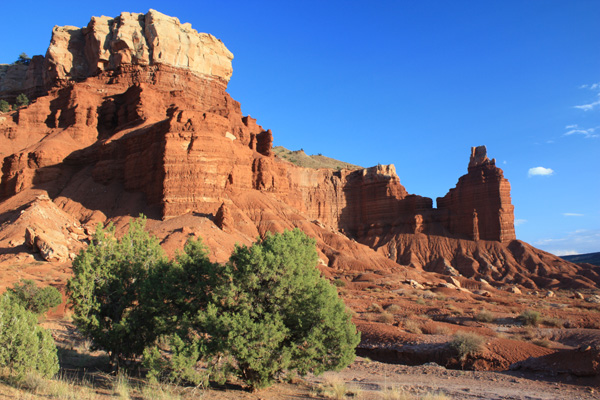 For the second time this year, we visited Capitol Reef national park and the Torrey area. The first time was earlier in the summer when we stayed in Teasdale, but Angela scored us some vacation weekends during a charity for the United Way, scoring us a fun two nights at the Rim Rock inn. Can’t complain about that! 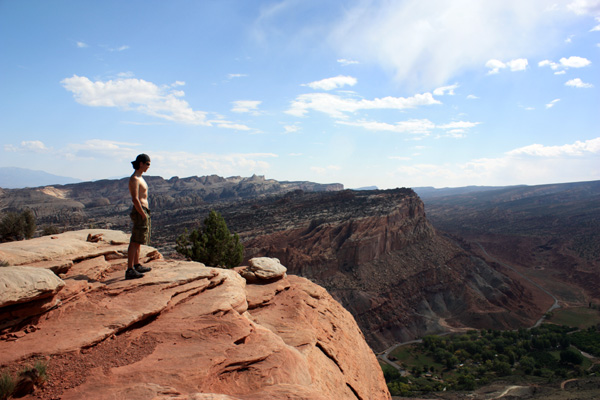 We took a half day of work on Friday so that we could take off early and hopefully get down there before the sun sets. I had a few late orders come in on Friday so we weren’t able to get on the road until about 3:30. Unfortunately we got caught up in some early traffic which slowed us down a bit but were still able to get down to Torrey in a reasonable time, showing up right as the sun set about 7pm. We checked into the hotel and made reservations for the following evening at the Rim Rock restaurant, then headed over to a place called the Saddlery Bar and Grill, which is kind of like a redneck hangout, but pretty fun. The place was nice on the inside and brand new, but the outside looked like a big brick building with not much that was pleasing to the eye. Anyway, we had a great time, the music wasn’t quite what we love but its good to mix it up a little right? 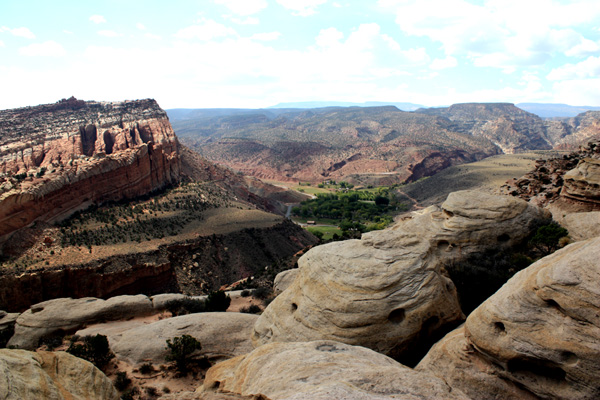 That night I had a hard time sleeping, seemed like the walls were really thin and I could hear banging around from neighboring rooms. I wasn’t able to sleep more than a few hours, but we got up and I grabbed something to eat from the front lobby and then Angie and I set out to hike up the Rim Rock overlook that is about a 2.2 mile hike from the parking lot with the petroglyphs up and over the cliffs that rise above the Fruita oaisis. The hike was moderately strenuous, I would highly recommend a lot of water and to be careful going out on a hot day. The heat doesn’t bother me much but I know it would be hard for some people, especially in the middle of summer. Capitol Reef is a bit higher in elevation so its a bit cooler than most desert locations, but still one should take care. 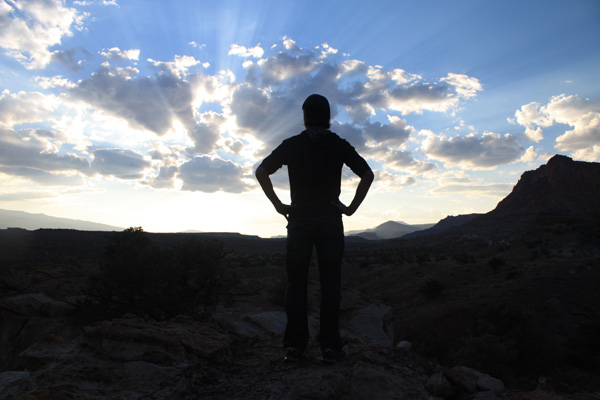 It took us about an hour and a half to reach the top of the overlook, and it was definitely worth the hike. The views were amazing, and you could see forever. We took some time to enjoy the scenery and take everything in, even pausing to do some “Clifftop Yoga”. We got some great photos of the overlook as well as all of the mountains in the distance including Boulder Mountain and the Henry Mountains in the distance. We then hiked back down, completing the hike in about 4 hours and were extremely hungry so we went and got burgers at Slackers Burger Joint, which was ranked as one of the top burger places in the state, understandably so! After that we went and cleaned up and rested for a little bit, then went out briefly to take some photos of Chimney rock. 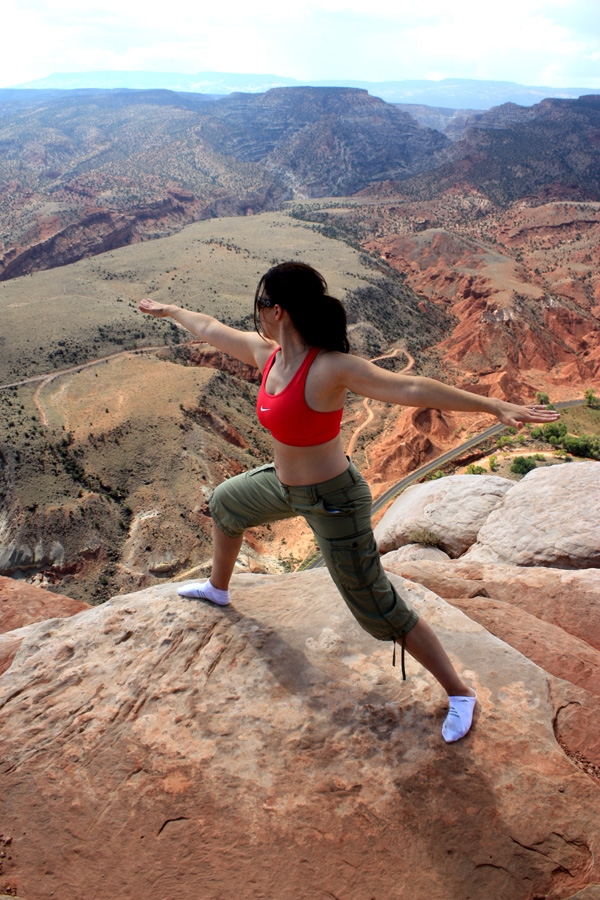 With only a half hour left til our dinner reservation at the Rim Rock restaurant, we took a quick drive down the scenic road in Capitol Reef with the sunlight escaping us. At dinner Angie enjoyed a steak and I had a good old fashioned Spaghetti and Meatballs. Dinner was excellent and the host John was very nice, looking forward to a return visit. Sleeping the following night was rather easy as we were so tired from running around all day. In the morning we grabbed a bite to eat at a local breakfast place then headed home, getting in around 2pm leaving us plenty of time to enjoy the rest of the day. 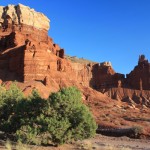 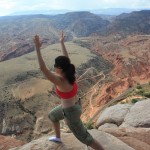 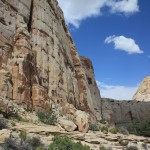 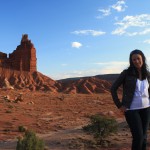 Angela in front of Chimney Rock 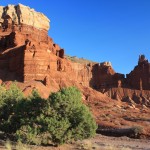 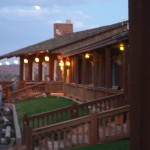 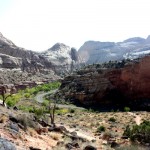 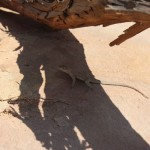 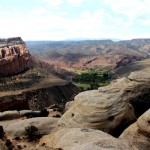 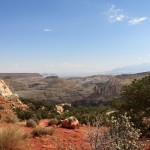 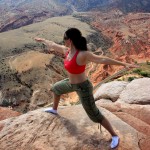 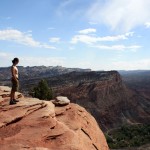 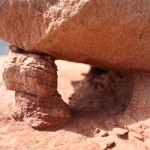 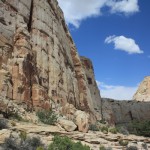 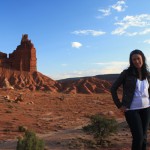 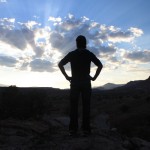 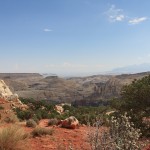 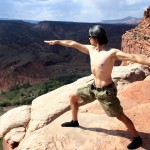